Please Love Me: A Review 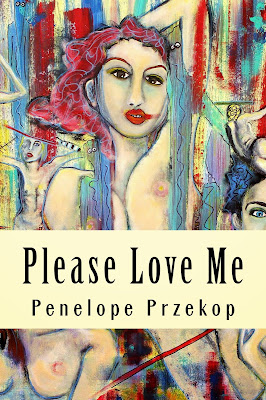 "The best part of PLEASE LOVE ME is its honesty."

Lisa states at the end of this review that the book does not have a happy ending. While that may be correct in many ways, the ending portrays a more mature and empowered Peyton leaving behind the people, emotions, and life that have not worked for her. This is, in fact, the start of a new beginning, although one suspects the journey may be a long one. That is an honest ending for a honest book.

Overcoming childhood abuse of any kind often requires taking a long road; anyone who tells you otherwise, is skirting the issue of how deeply childhood experience weave themselves into who we are and how we reflect upon ourselves throughout life. With that said, hope is eternal. I hope PLEASE LOVE ME will encourage and inspire someone else to take the first step toward a new attitude and stronger resolve in themselves moving forward. No matter what ills life has thrown your way, there is love and joy ahead. You just have to be determined to find it within yourself first. It's not easy but it's possible!

PLEASE LOVE ME, written by Penelope Przekop, author of ABERRATIONS, is a reflection of the author’s early experiences with love and lust. While these things need not go hand in hand, sometimes, when parental love is lacking, they weave themselves into a confusing trap where one cannot possibly exist without the other. As the protagonist moves through her life, she searches desperately for the love of her mother in every boy she meets, and this leads to strange and controlling patterns from which she cannot break free.

The story begins with Peyton, our heroine, at a frat party at only seventeen years old. She isn’t in a sorority or even involved with Greek college society, but she does know how to flirt. She picks up a boy who already seems to know a great deal about her, so the deeper question becomes, who picks up whom? An element of suspense lays under the surface of this first meeting as Matt, the object of Peyton’s flirtatious gestures, has been stalking Peyton already. Desperate for love, Peyton dismisses this, ignoring that such actions often lead to a controlling relationship.

As the story progresses, the author jumps seamlessly from flashback to present day. The reader is introduced to people who come and go in Peyton’s life, especially Peyton’s mother. It is revealed that many of Peyton’s inabilities to find the right type of love stem from her relationship with her mother, who had psychological problems undiagnosed in the late seventies and early eighties.

Peyton’s mother was deeply religious, seeking love through the church. She participates in exorcisms, which aren’t always practiced on people with real demons. She also beats Peyton with belts and sticks for strange reasons, such as when Peyton gets an abortion. Peyton isn’t beaten for the act itself, or out of misplaced anger through concern for her daughter's health, but for taking away her mother’s grandchild. This scene serves to prove the selfishness of her mother, and how far removed she is from everything except her own personal needs. Further, it proves that Peyton and her mother are intellectually and emotionally disconnected - Peyton never felt comfortable enough to approach her mother concerning the topic. This scene portrays the all-too-real situation of a mother and daughter who do not have the necessary trust or communication for a healthy relationship. It also proves to foreshadow how Peyton will handle adult relationships with both men and women.

Another disturbing mother/daughter scene happens when Peyton is very young. The mother comes out of a bedroom and falls all over Peyton, begging for love. She claims that Peyton’s father is killing her and she doesn’t know what to do about it. Peyton takes in her mother’s pain and internalizes it. She fails to understand why her mother is crying, she just knows that it’s happening. The marriage ends when Peyton’s mother falls in love with a man from the church.

As the story progresses, Peyton moves through a number of different relationships. The only relationship consistent in Peyton’s life is that of Becca, her best friend. Peyton has a hard time attaching herself to anyone else. She dates Matt until he breaks up with her and she barely makes it through the break up. She proceeds through a number of different relationships, never getting too deep into any of them and always moving on to the next one quickly.

The relationship with Matt is hectic at best, and when he comes back, the pattern doesn’t end. He goes back to playing with her emotions and she follows along, not understanding how love is supposed to happen. She does not possess the self-respect necessary to ask for respect from others.

When Matt and Peyton first meet, he tells her she is a loner, never staying with the same friends for very long. This could be why he seeks her out, but it’s also foreshadowing for the story overall. Peyton needs to pull herself up and away from her mother, which she never does. As we all are in real life, she feels tied to the woman who brought her here, though that same woman has been poisoning her throughout life. Peyton's relationship with her mother serves as the base for all of her relationships.

The story could have been changed to have a happy ending for Peyton, but then it would not be real. It would not reflect what happens every day in our actual lives – we sometimes fall and cannot get back up in our real lives. The best part of PLEASE LOVE ME is its honesty. Readers are warned from the very first page that this book is based on the truth, so if you’re looking for a happy ending or a turnaround for Peyton and her mother, you’re not going to get it. You’re going to get an honest account of what happens when a mother depends too much on her young daughter for emotional support.