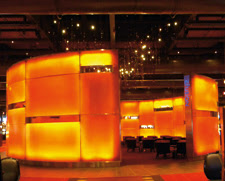 " ... I cure most of the unavoidable bummers in life with creativity."

It's interesting how connections are made.  A few months ago, my husband and I went to the Sands Casino in Bethlehem, PA.  While my husband was playing craps, I wandered off to the Fusion Lounge.  (I chose it because it was orange.)  As I sat at the bar, sipping my martini (also orange), I noticed that the bartender and another nearby customer were chatting about their weekend plans. It turned out that the customer was the father of the young bartender.

By the time I was downing my second martini, we were all chatting.

I soon learned that the young bartender is an artist named Justin Klement.  He told me about his work, and handed me a CD for which he designed the artwork.  The CD is packed with fantastic original music by his good friend, Tim Harakal.

According to Tim's site, his self-taught hands are at one with the guitar strings; they have become an extension of his heart, soul, and spirit. Influenced by his favorite band, Metallica, his music has morphed into an acoustic art form with a pop-rock edge.

I liked Tim's music so much that I just had to have him on Aberration Nation. (I also hope to have his talented buddy, Justin, on soon.) 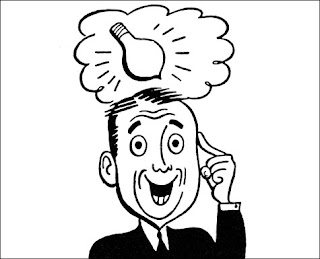 Tim tells us below that his most recent 'ah-ha' moment was turning 25 this summer, and realizing he'd better get cooking.  From what I've seen, he's hot already.  I told him to imagine turning 45.  That's more of an 'oh-crap' moment.  Twenty-five seems awfully young, but I understand Tim's sense of urgency, and suspect it will follow him throughout his career.  It's a critical piece needed for success in any creative field.

I felt the same way when I was 25, and still do. At that age, I had a three-year-old daughter and one degree.  I had just married and relocated from Louisiana to Northern New Jersey. I was happy about all that but was terribly homesick.  That's the year I began writing my first novel. I was sure I'd already wasted quite a few years, gotten the wrong degree, etc. I had to get moving!

Every creative has a unique journey that (hopefully) continues until we expel our last beautiful breath. Mine has been a bit twisted and convoluted, similar to the diagram below. I suspect that after twenty years I'm still somewhere in the middle of that tangled mess, but I'm definitely light years ahead of where I started. 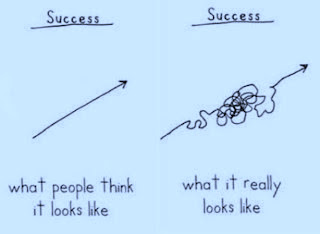 There are certainly numerous ways to measure success.  For me, the beauty of being creative is that, as Tim points out, it can cure the unavoidable bummers in life.  We can overcome all those unexpected dips and detours, and crappy things that jump out at us simply by recognizing that it's all part of the sometimes gut wrenching truth that defines being human. And we can funnel that brutal honesty into our work to create phenomenal, lasting art.

So here I sit at 45 writing a blog article about a hot, young 25 year old musician.  Am I supposed to hang my slightly wrinkled head, wring my vein-popping hands, and feel elderly. No, because my journey continues, and it's one of value.  I spent years writing novels, then began to paint in 2008, and subsequently spent the last year and a half focusing on my art. Within the last two weeks I've come full circle to hit upon a creative idea that combines my love of writing with art. It feels like a new beginning.

I feel 25 again. (And today at work someone told me they thought I was 35. That was icing on the cake!)

I believe my life has a creative purpose.  I don't care if it takes 25 more years, I will continue to move forward even if I have to go in a few convoluted circles to do so.  I have high hopes that Tim will have a fairly straight path to the top, but come what may, I hope he'll always remember the diagram above.  I hope he will never forsake his wiring, and that he will keep moving despite all obstacles.  During those detours and snags, we have to remind ourselves of the power our creative spirit's offer.

We hold a genuine cure in the palm of our hands that many people lack.  That's why creativity is called a gift. 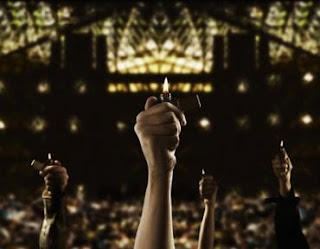 What's your story (in a nutshell)? Have you always loved music?

Music has always been a part of my life. My parents listened to folk music and my dad played guitar, so I was exposed at a young age to a lyrically driven guitar based genre. Then, somewhere in the natural progression of things I developed an unnatural attraction to heavy metal that lead to the whole “I need to be a rock star” thing. I picked up the guitar at 16 and aside from some basics my father offered, I taught myself to play.

The singing didn’t happen until my senior year in high school. Who would have thought a metal head would have sang “I Wanna Be There” by Blessid Union of Souls for the talent show? I will never forget being half way through the song, mustering up the courage to open my eyes and seeing an auditorium lit with open cell phones (lighters were prohibited). Hook, line, and sinker ... look at me now.


With regard to your current creative focus, was there an "ah-ha" moment you can tell us about?

Yes…on August 1st I turned 25 and realized that I have to get things moving. 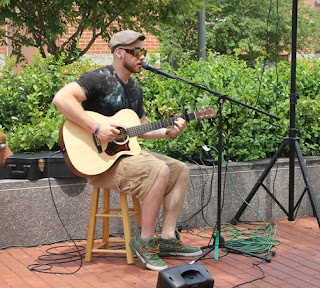 For you, is music more about creation or expression? It could be both, but does one dominate with regard to your need/urge/desire to be a singer/songwriter?

To me music is more about expression. How you perform the piece is what gives music life and allows it to do work. So, as a singer/songwriter, I feel most accomplished when I perform my music.

How would you describe your musical style, and why does this appeal most to you creatively?

I think my music has many personalities and therefore many styles. The songs are all so different. I have jazzy songs, funky songs, folk songs, pop songs, and I even have a song that is hip-hop inspired. So, I’m not sure how to describe the style … acoustic American maybe. Music as a creative outlet works for me because I’m a quiet guy who doesn’t read too much.  So I’m not all that great at writing or spelling. Music allows me to communicate and not have to worry about grammatical or spelling errors.

Do you believe some of the various attributes related to being highly creative have caused you aberrations in life, helped you deal with life's aberrations, or both?

The attributes have affected me in both ways. I often find myself sacrificing for the creative process. On the flip side, I cure most of the unavoidable bummers in life with creativity. In the end, it’s all positive. Being creative is a good thing. 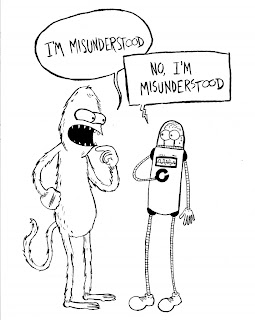 Have you had to deal with people in your life failing to understand your creative personality, interests, or drive? If so, can you tell us about it and how you've dealt with it?

My creativity is misunderstood all the time. Sometimes I don’t understand my own creativity, but who really wants to understand everything? For example, magic would suck if we understood it. I guess what I’m saying is I accept and appreciate being misunderstood.

Unfortunately, many creative people never achieve the success they dream about. You're just getting started. Have any of your dreams come to pass yet? What do you dream of achieving now?

My dream is that music will allow me to live a comfortable life. I’m not quite there yet, but I know it's coming.

Do you ever wonder if what you're creating or expressing is as meaningful to others as it is to you? How important is that to you with regard to your overall goals? If you've created something that purely expresses who you are, is that enough, or is the circle only completed when someone else says, "Yes, she understands me" or "Yes, that's how I feel"? Writing and performance is just a way of expressing myself. I don’t give too much thought as to how it affects other people…although I do try to keep the songs positive…and applause is kind of nice.
Is there a difference between being creative and being talented? What are your thoughts on this?

I think you are born with the capacity to be creative and you can learn to be talented.

What is your primary motto or mantra in life? Why is this important to you?

Every little thing is going to be all right.